In a recent piece for The Republic, Dafe Oputu argues that “megacity” projects have largely failed to deliver on ambitious promises of creating world-class rivals to cities like Dubai or Singapore in Africa. He suggests that restructuring the functions and incentives of local government is ultimately the most impactful way to improve urban life in African cities. While Oputu is likely right about the importance of improving local government, and in many of his criticisms of past and present new city projects, new cities needn’t be abandoned entirely and in fact can be powerful catalysts for improving governance.

New city projects can be a new solution

A key point Oputu raises is that new city projects are often not planned with opportunities for the urban poor and growing middle-class in mind. As Africa continues to urbanize rapidly, the challenges facing these segments of the urban population are likely to worsen. 21 of the world’s 30 fastest growing cities are in Africa, and Nigerian cities alone are expected to add 189 million new residents by 2050. There’s no avoiding the need for new housing construction, and lots of it, to accommodate the influx of new residents. Large increases in the supply of housing can push down prices and expand available choices for the vast majorities of people shopping outside of the luxury market.

While much of the new housing will need to be located within existing cities, building new cities on greenfield sites is another viable option. Building on greenfield land ensures that new construction does not displace existing residents and allows for transit and utilities planning that will not need to uproot residents and disrupt commercial activity. The greater planning freedom in a new city also allows for increased attention to walkability, transit, mixed-use development, and other desirable aspects of urban life recognized by contemporary urbanists that make a city more accessible to people of all income levels.

New cities don’t have to become financial boondoggles for governments attempting to balance support for flashy projects with other priorities. Many new city developments are privately financed, for example Nkwashi, a city for 100,000 people under construction outside of Lusaka in Zambia. Nkwashi is building its own road and utility infrastructure and plans to provide its own public services to future residents. Taxpayers won’t be on the hook for privately financed projects that end up scaling back or folding entirely. When a new city project is financed independently, governments can focus on investing resources in improving existing cities. New cities also present an opportunity for African countries to diversify their economies, which are often dominated by a single industry. Nkwashi, for example, intends to reduce the dependence of the Zambian economy on copper prices by growing the tech sector with a new university.

Oputu argues that city-level governments in Africa need greater political autonomy, citing the unwillingness of Nigerian state governments to relinquish authority over their cities. Kenya’s devolution experiment shows that political power can successfully be redistributed to more localized units of government with political support. New cities present an opportunity for local jurisdictions to reclaim their autonomy from overbearing state governments. Charter cities are new cities granted a special jurisdiction with the autonomy to improve the business environment and other areas as the city sees fit. Developing more new cities as charter cities can not only foster economic growth, but push governments to grant existing cities the authority to implement deep reforms needed to support widespread and inclusive growth.

Charter cities can reduce regulatory barriers to construction, helping to lower the cost of construction, making a wider variety of project types more attractive to housing developers. With few exceptions, African countries rank very poorly on indices like the World Bank’s Doing Business Report, which accounts for measures like dealing with construction permits and property registration. Lowering the per unit cost of construction could make developers more amenable to including affordable housing units in their projects, and to pursue projects other than luxury development. Investing in the infrastructure needed to support construction like roads and reliable electricity can also help make housing construction less costly and incentivize developers to focus on non-luxury markets.

Oputu’s criticisms of new African cities are salient and highlight real shortcomings of current projects but abandoning the idea of new cities is not the right answer. Africa is going to continue to urbanize and closing off an avenue for much needed development and improvements in governance is misguided. 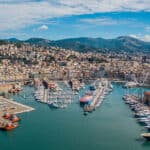 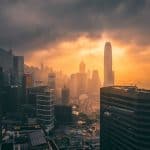