Don’t Bet Against the Internet

What does peak internet coordination of real-world activity look like?

In 2003 the term ‘flash mobs’ was coined. People used the internet to coordinate a sudden assembly, frequently with a dance or musical number, designed to go viral. The internet lowered “transaction costs,” and the result was a step change in social activity. Historically, to get people to show up in the same place and act in a coordinated manner required significant time and effort; i.e., existing social networks, churches, schools, jobs, etc., had to be tapped.

These lower transaction costs spread to other areas of life. A plurality of American heterosexual couples now say they met online. Job searches are now dominated by LinkedIn, Monster, Indeed, and other sites. AirBnB and Uber created the ‘sharing economy’, putting to use otherwise idle assets. Software is eating the world.

In January GameStop stock skyrocketed, peaking just under $350 after rising from just $17. The rise was driven in part by the subreddit r/wallstreetbets. There was a combination of motivation behind buying “Gamestock”: partially for the memes, partially a complex short squeeze strategy, and partially class warfare against the financial elite.

I don’t know, but I suspect it will at least influence new city development. Building a city is a coordination problem. You need lots of people to move at the same time to create the amenities that define city life and justify the required infrastructure investment.

The Free State Project is one example of attempting to coordinate wide-spread migration. People would sign up saying they would move to New Hampshire if 20,000 other people signed up. Some people moved early. They organized an annual festival to attract new migrants. However, the Free State Project was largely unsuccessful. It took over 10 years to reach 20,000 signatories, at which time early signers were a decade older, more established, and less likely to move. While a small community did move, it fell short of expectations. The Free State Project is typically taken as a warning of the challenges of coordinating mass migration.

Pets.com is emblematic of the dot com bubble. It appeared in a Macy’s Thanksgiving Parade and had an ad in the Superbowl before going bankrupt. However, Pets.com was just early, not wrong. In 2017 Chewy, an online retailer of pet food and related products, was acquired by PetSmart for $3.35 billion.

What if the Free State Project was just early, not wrong? Of course, there are numerous challenges. Flash mobs require an afternoon, building a city requires multiple lifetimes; however, six months ago, no one would have predicted a short squeeze organized on a public forum. Don’t underestimate the internet. 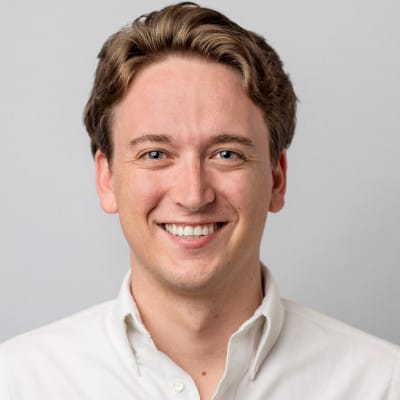 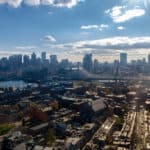 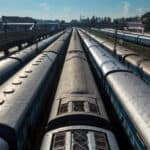